A Look Back at Comet Hale-Bopp

A Look Back at Comet Hale-Bopp
By: Brian Ventrudo, March 25, 2016
Discuss this article in the forums

At any particular time, a half-dozen or more comets are visible with a good-sized amateur telescope. But a bright comet is a once-in-a-decade event at best, and a Great Comet, one that grows bright enough to capture wide attention, is rarer still. Recently there have been two Great Comets visible to observers in the southern hemisphere, Comet McNaught in 2007 and Comet Lovejoy in 2011. But it’s been a long drought for stargazers in the northern hemisphere, where no spectacular comet has been seen since 1997 when the mighty Comet C/1995 O1, better known as Comet Hale-Bopp, barreled in from the outer solar system and put on one of the most watched celestial shows in modern history.

Like most newly-observed comets, Hale-Bopp was discovered by accident. On the night of July 23, 1995, the astronomer Alan Hale was visually tracking fainter comets using a telescope in his driveway at his home in New Mexico when he noticed an unexpected smudge near the globular cluster M70 in the constellation Sagittarius. The constellation is chock-a-block with fuzzy deep-sky objects, so Hale took care to make sure the new object was indeed uncharted, and he watched it move against the background stars during the night. Satisfied he had found something interesting, he followed astronomical protocol and sent an email with the position and motion of the object to Brian Marsden at the Central Bureau for Astronomical Telegrams at Harvard, the official center for tracking and announcing transient astronomical events such as comets.

On the same night, Marsden was surprised to receive not an email but an old-fashioned telegram. It came from the amateur stargazer Thomas Bopp in Arizona. Bopp, an auto parts manager who didn’t own a telescope, was out with friends touring Sagittarius with a homemade 17.5″ Dobsonian when he watched the globular cluster M70 drift out of the field of view of the stationary telescope and watched the comet drift in. He also confirmed it was an uncharted object and contacted Western Union to send the word to Harvard. The next morning, the comet was announced to the world.

Astronomers suspected right away that Hale-Bopp was a big one. It had a brightness of magnitude 10.5 when it was discovered by Hale and Bopp between the orbits of Jupiter and Saturn. That’s extremely bright for such a distant comet. Comet Halley, by comparison, was 100 times (five full magnitudes) fainter at the same distance. The new comet also had a resolvable coma which suggested a large and active nucleus. It turned out the nucleus had a diameter of some 60 km, more than six times as large as the nucleus of Halley.

Comet Hale-Bopp followed fast on the tail of another Great Comet, the splendid Comet C/1996 B2 (Hyakutake), which reached peak brightness in 1996. But astronomers were cautious to declare that Hale-Bopp would be an even more spectacular object. They didn’t want to oversell the object and foster disappointment if the comet fizzled.

But the comet did brighten, spectacularly so, during the last months of 1996 and into 1997. It was visible to the unaided eye for an astonishing 18 months, from May 1996 to December 1997, and in March and April of 1997 outshone nearly every star in the sky. It was easily visible even from urban skies and sported its now-famous double tail that stretched 40° across the sky. Even the Great Comet of 1811, a spectacular sight by all accounts, remained visible to the naked eye for just 9 months.

This Great Comet of 1997 was perhaps the most observed comet in history by amateur stargazers and by the general public. Scientists did their part, too, and closely examined this immense comet for months and years as it passed Earth and moved again towards the outer solar system. Among the discoveries made by the professionals:

Astronomers also found that Comet Hale-Bopp had been this way before, roughly about 4,200 years ago in 2215 B.C. Ancient Egyptian records do indeed indicate a bright “hairy star” may have appeared in the sky at that time. This ancient visit may have been the comet’s first approach to the inner solar system from the distant Oort Cloud. On its most recent visit, the comet’s orbital period was shortened by a gravitational interaction with Jupiter. It will come again to the inner solar system some 2,530 years from now in the year 4525 A.D.

Amazingly, the comet is still visible in very large telescopes. It will likely fade to an unobservable 30th magnitude by 2020.

When will the next Great Comet arrive? No one knows, but it’s been a long drought, at least for us observers north of the equator. The odds suggest it won’t be too much longer.

Note: If you really want to walk down memory lane with Comet Hale-Bopp, have a look at a comprehensive image archive of the comet at this link. This webpage was so popular in 1997 that it received more than a million page views on a single day and clogged the nascent internet. 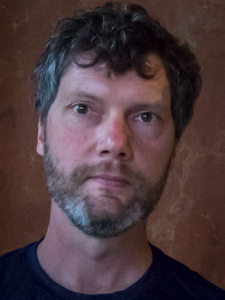 Please login or register to watch, comment, or like this article.
Robert Clark likes this.
Rate This Article: