The Telrad finder has become an indispensable accessory for amateur astronomers. This unit-power finder, which shows a virtual bulls-eye on the sky, helps stargazers easily navigate from bright objects to increasingly fainter objects. The Telrad has been around for decades, but few know the story - and the inventor - behind this ingenious device. In this article, longtime stargazer Lew Chilton tells how the Telrad came to be during a chance visit to an optical surplus store in Southern California, and how this device was launched into the main stream of amateur astronomy.

A finder scope is an essential piece of telescope gear used by nearly all amateur astronomers. A small, low-power optical telescope with built-in crosshairs, a finder scope allows for quick, easy location of celestial targets when attached to the main scope and made parallel to its optical axis. Optical finders have been around for almost as long as the telescope itself.

The Telrad is a different kind of device for aiming a telescope. It has been very popular with amateur astronomers since its introduction in 1978. The Telrad works on an entirely different principle, and has some distinct advantages over its optical finder scope cousin. Using a lens and light from a red LED and a glass beam splitter, the Telrad projects a nearly parallax-free, illuminated red bulls-eye into the observer’s eye. When the observer looks through the glass window, the bulls-eye appears to be projected onto the sky.

The advantages of the Telrad are multifold. It shows the sky as it appears to the unaided eye. It does not magnify or invert the sky as do many optical finders. The observer’s eye can be comfortably positioned well behind the Telrad window and still see the entire glowing bulls-eye pattern on the sky. The three rings composing the bulls-eye are spaced concentrically at ½, 2 and 4 degrees in apparent diameter, and they focus at infinity. This enables the observer to gauge angular distances, which aids in locating unseen celestial objects with the help of visible objects as well as with star charts.

Fig 1. A schematic showing the light path through a Telrad finder

The story of the Telrad is an interesting one, and it begins with amateur astronomer and inventor, Steve Kufeld.

Steven Brent Kufeld was born in Great Bend, Kansas in 1939 and graduated from Kansas State University in 1963 with a mechanical engineering degree. He came west in 1969 to accept a position with the McDonnell Douglas Aircraft Corp. in Long Beach, California, then purchased a home down the coast in Huntington Beach and joined the Los Angeles Astronomical Society. I met him at a Society meeting at Griffith Observatory and we soon became friends. In the following years, Steve worked for a firm in Orange County that applied optical coatings for Celestron International.

I was with Steve when he first got the idea for the Telrad. It happened in this way, to the best of my recollection. In 1977, we visited C&H Sales in Pasadena, California. C&H was a tinkerer’s paradise that specialized in military and aerospace surplus electronics and optics. It advertised in a number of trade and hobby magazines, including Sky & Telescope. Do you remember those ads? It was a mecca for amateur and professional telescope-makers. The boys from nearby Cal-Tech and JPL frequented the place as often as we did. Many astrophotographers of the era acquired their war surplus Kodak, Bausch & Lomb, or Wollensak aerial camera lenses from C&H Sales.

On the day that Steve and I were walking the aisles of C&H, he stopped and picked up an olive drab-colored anti-aircraft reflex gun sight from a table and looked it over. I could almost see the wheels turning in his head. He purchased it and took it home where he disassembled and studied it. Within a month or two, he had drafted, bread boarded and produced a prototype that incorporated its zero-power, parallax-free projected bulls-eye principle. And thus was born the Telrad, although it didn’t have a name at first. That happened a few weeks later.

One evening, over the phone, Steve asked me for ideas for a name, but I couldn’t think of one. By the next time I talked to him, he had thought one up. It was based on the acronym for TELescope Reflex Aiming Device: TELRAD.

The early Telrads were made of numerous epoxy parts cast in individual rubber molds, then tediously hand glued together. In about 1981, my future wife and I visited him on Betty Drive in Huntington Beach and watched him assembling and painting Telrads in his home workshop. It was a very labor-intensive, tedious, and time-consuming affair.

The singlet lenses used to project the 3-ring bulls-eye pattern were purchased from Edmund Scientific and the little beam splitter windows used to divert part of the illuminated image into the observer’s eye were cut from large single-pane sheets of float glass purchased in bulk from the local home improvement center. Steve produced the bulls-eyes photographically. I don't remember where the LEDs or other components came from, but it was industrial designer and telescope maker Norman James who created the artwork for Steve’s magazine advertisements and product brochure.

Steve could do almost anything himself. He fabricated his own optics, applied his own optical coatings, used a mass spectrometer in his garage, poured his own metal castings on the back porch, machined all his own parts, did engine rebuilding, designed and built an observatory above his garage for his 6-inch refractor that he purchased while we were both in London in 1980 returning from an African eclipse expedition. He helped me with a number of my projects and generously volunteered his time and talents to the Los Angeles Astronomical Society. (The Society’s 2 acre dark-sky observing site is named for him.)

By the 1980s, Steve could no longer keep up with the growing demand for his Telrad, so he streamlined production by investing in costly plastic injection molds, which greatly reduced the number of parts and assembly time. His Telrad became so popular and versatile that it found its way into professional astronomy and the entertainment industry. A number of big research telescopes use Telrads so that astronomers can visually see where their instruments are pointed. The entertainment industry uses them so that klieg lights can be accurately pointed before they are turned on.

Each year, Steve set up a booth with other vendors at the Riverside Telescope Makers Conference in Big Bear, California, where he displayed a giant working model of his Telrad. The Telrad proved so popular that he was eventually able to quit his day job and devote all his time to its manufacture and sales. He always maintained a policy of repairing or replacing any damaged or defective Telrad at no cost to its owner.

In 1993, Steve moved his residence and manufacturing operation from Huntington Beach to Pine Mountain Club in Kern County, California. After his untimely death in 1997, his family sold the business to Pine Mountain Club residents Rhonda Cummings, who at the time was working for Telrad as an assembler, and her husband, Wes. They have moved the business to Fallon, Nevada where they continue to make the Telrad Reflex Sight.

If Steve were alive today, I doubt he’d make any major changes to his original design because of the prohibitively high cost of new injection molds. The originals were made for him in South Korea at a cost of $30,000+. Think of what they’d cost today!

The Telrad never made Steve rich, but it allowed him to be his own boss and spend more time indulging in the many facets of his hobby. His death was a great loss to his friends and amateur astronomy, but each time I see a Telrad at a star party or listed on a telescope classifieds website, I think of him and smile. 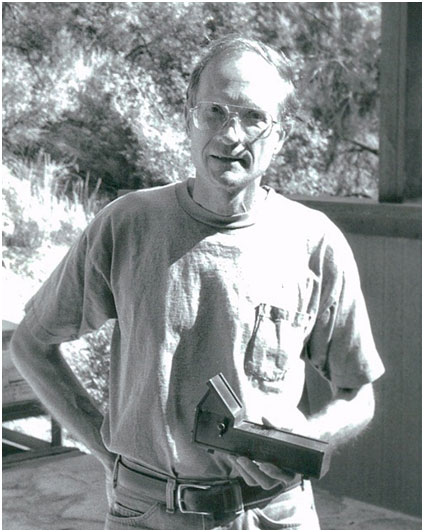 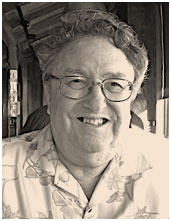 Lewis Chilton has been hooked on astronomy since 1955 when he unsuccessfully attempted to observe Comet Mrkos. He acquired his first telescope two years later and attended his first star party a year after that.

Lew joined the Los Angeles Astronomical Society in 1961 and subsequently held various posts and positions, including telescope making instructor and president. Of the many hats he wore, he most enjoyed being the Society’s historian, which earned him membership in the History of Astronomy Society. Over the years, he has done historical research for a number of astronomy magazine writers and book authors.

Following a 4-year stint in the Air Force, Lew worked as a physical metrologist in North American Aviation’s Apollo program where he met several Apollo astronauts. He returned to school on the G.I. Bill to earn a degree in geography. During his college years, he worked as a telescope demonstrator, darkroom technician and planetarium guide at the Griffith Observatory in Hollywood, California. After graduation, he spent the next 31 years with the Department of Veterans Affairs and the U.S. Dept. of Defense. Following his retirement in 2005, he has pursued his hobbies of astronomy, photography and genealogy from his home in Southern California.

***
Article and Images © Lewis Chilton and AstronomyConnect.com, 2015. All rights reserved.