Observing the Sun with White Light Solar Filters
By: Brian Ventrudo and Manish Panjwani
June 18, 2016
Discuss this article in the forums

In this fourth article on how to safely observe the Sun, you get an overview of what to see in the Sun's photosphere, the thin and rarefied outer layer from which light and heat in the interior of the Sun finally escape into space. Although the photosphere is only 100-200 km thick, a tiny fraction of the Sun's 700,000 km radius, all the features you see on the Sun with a telescope equipped with a white light filter lie within the photosphere.

Sunspots are perhaps the easiest and most interesting features of the photosphere to see with a small telescope and a white-light solar filter. Sunspots, which appear as small dark features, are like the hurricanes of the photosphere. They are large storms, not of rain and wind, but of intense magnetic activity caused by twisting tubes of magnetic flux deep within the Sun. These tubes wind through the innards of the sun and pop out into the surface from time to time. Because they're magnetic in nature, sunspots always occur in pairs with opposite magnetic polarity, just like magnets here on Earth. Fig. 1: A sunspot group. The darkest region of each sunspot is the umbra; the lighter region around the umbra is the penumbra. Solar granulation is also seen in this image (credit: Sergio Castillo).

When a magnetic tube pops through the surface, it interrupts heat flow from below and drops the local temperature to about 4,500 K, cooler than the 5,700 K temperature of the surrounding photosphere. That's what makes a sunspot dark: it's still hot, but it's cooler than the rest of the photosphere.It still emits light, just not as much as its surroundings. The coolest and darkest area of a sunspot is the umbra; the slightly hotter and brighter area surrounding the umbra is the penumbra.

Some larger sunspots are visible without a telescope (but still with a proper filter). In fact, Chinese astronomers were the first to record the observation of these spots in 28 B.C., probably when the Sun was low on the horizon and atmospheric dust dimmed the Sun enough to see without a filter. Legend has it that a large spot was also seen in 813 A.D. upon the death of Charlemagne.

SAFETY NOTE: Don't try this method yourself, that is, looking at the Sun without a filter when it is low and dim on the horizon before sunset or after sunrise. It's too risky. If you have to squint, then it's too bright. Fig. 2: Sunspots across the full solar disk, including a very large group below center. This group is large enough to be visible without a telescope, but with a solar filter (credit: NASA).

The Sun rotates once every 25 days at the equator and slightly slower towards the poles (remember… the Sun is not solid). So you can use sunspots to observe the Sun's rotation. Spots move from left to right across the surface as seen from the northern hemisphere (opposite in the south). Most spots don't make it all the way around the Sun since they have an average lifespan of just 2 weeks.

At low magnification, say 40x-50x, you will get a full-disc view of the Sun, and if sunspots are present, they will appear quite small, although they are in most cases larger than the Earth. Though the air is often unsteady during the day, try to use as much magnification as you can with your telescope and white-light solar filter to get a close-up view of a sunspot group.

In the mid-19thcentury, after many years of diligent solar observation, the German astronomer Samuel Schwabe noticed the number of sunspots visible on the Sun's disk rises and falls in nearly regular 11-year cycles. In peak years of the cycle, he found, there were spots visible on the Sun most days, and hundreds of spots and groups of spots during the course of a year. In lean years, roughly 5.5 years after the peak, there were weeks or months when astronomers saw not a single sunspot, with fewer than a dozen spots observed during the year.

This regular cycle was traced back to the earliest telescopic observation of the Sun in the 1600s, and has been recorded in increasing detail by modern astronomers right up to the present day. (The diagram above shows a measure of the sunspot number over time since the 17th century. The 11-year period is clearly visible).

What's even more interesting is where the sunspots occur on the solar disk. As the number of sunspots rises from a minimum, the spots appear north and south of the solar equator, usually in the middle solar latitudes around 40 degrees.

As the cycle continues, sunspots appear closer to the equator until, at the next minimum, most spots appear in a narrow band at the equator. Then, it all starts over again. A plot of the position of sunspots over time, shown below, is called the Maunder diagram or the "Butterfly Diagram".

This periodic change in the number and position of sunspots was a striking discovery. And it's not just the number of sunspots that varies every 11 years. The sunspot cycle also matches up with other activity on the Sun, including violent mass ejections, the size and extent of the outer reaches of the sun called the corona, and the intensity of light and charged particles the Sun blasts out into space to affect the atmospheres and magnetic fields of many planets in the solar system, especially Earth.

Fig. 4: The solar "Butterfly Diagram", which shows the solar latitude of new sunspot groups over time in a number of solar cycles (credit: NASA/Royal Greenwich Observatory).

This near-regular 11-year variation in sunspots and other solar activity is called the solar cycle. It seems to be a symptom of a complex and dimly understood dynamic process inside the Sun called a "solar dynamo" that generates the Sun's global magnetic field. To make matters even stranger, the magnetic field seems to flip its polarity once every two sunspot cycles, or 22 years, which means the magnetic polarity of the sunspot pairs on the solar disk flips direction from cycle to cycle.

Sunspots cycles are assigned numbers by astronomers starting with the cycle of 1755. In January 2008, the Sun began its 24th cycle. It peaked in 2013-2014, approximately, and will continue until 2019. This cycle has been unusually quiet, with fewer sunspots and decreased solar activity compared to the other cycles of the past century. No one knows why. There have been past periods of quiet on the Sun with few sunspots. The Maunder Minimum from 1650-1720 and the Dalton Minimum in the early 19th century had very few sunspots. They also coincided with a marked cooling of the Earth's climate. Again, no one knows why.

As you investigate sunspots with your telescope, especially at high magnification, look for evidence of solar granules in the photosphere. These small, grainy structures are the outer layers of the opaque convection zones in the convective layer inside the Sun. Compared to sunspots, granules are small, about 500-1000 km across,and they cover the entire Sun. Granules are the tops of convection cells where hot gas rises up from the interior in the bright areas, spreads out across the surface, cools and becomes denser, then sinks down along the dark lanes between the granules.Each granuleonly lasts for about 20 minutes before it's pushed aside by a new one. The flow of gas within a granule can reach supersonic speeds of more than 7 km/s and causepressure variations that generate waves on the Sun's surface.

Solar pores are small sunspots without a fainter outer penumbra. They appear to be an early stage of sunspot evolution, so astronomers study them to understand how the magnetic fields evolve to generate activity and convection in the photosphere of the Sun. Pores tend to be much smaller than full-on sunspots, so you need high magnification and steady air to see them with a small telescope. Even Earth-bound professional telescopes have trouble imaging pores, so if you spot these little formations, you have done well! Fig. 5: A sunspot group, solar granulation, and pores in the photosphere of the Sun (credit: Sergio Castillo).

Faculae are bright areas in the Sun's photosphere. They are also caused by magnetic activity, but the magnetic field is concentrated in much smaller bundles than in sunspots. Faculae are hotter than the surrounding photosphere, which is why they appear brighter. They are usually best seen near the darker limb of the solar disk. Sunspots tend to make the Sun look darker, faculae make it look brighter, and during a sunspot maximum the bright faculae slightly overcome the dark sunspots and make the Sun appear about 0.1% brighter at sunspot maximum than at sunspot minimum. When you look at the face of the Sun with a telescope and white-light filter, you're looking as far down as possible into the Sun's photosphere at visible wavelengths. The farther down you can see, the hotter the gas you see, and the brighter it will appear. But as you look along the limb of the Sun, you get a glancing view through the outer layers of the photosphere where the gas is cooler and therefore darker. This effect is known as limb darkening. It's obvious even in a small telescope with a white-light solar filter. Limb darkening, when measured and quantified precisely, can help professional astronomers determine how the temperature varies as a function of depth the Sun's photosphere, which in turn helps them understand the Sun's complex optical spectrum. 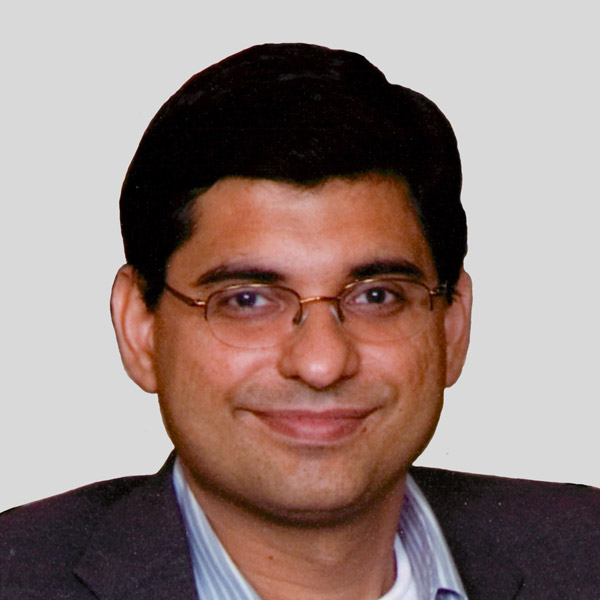 
Manish Panjwani has been an active amateur astronomer since before Halley's Comet last flew by our neighborhood. A former wireless communications consulting engineer and management consultant to various Fortune 500 companies, Manish started Agena AstroProducts in 2003. Since then, Agena has become one of the leading online retailers of telescopes and astronomical accessories worldwide. Besides observing from his heavily light polluted backyard in Los Angeles, Manish enjoys conducting astronomy outreach programs in local schools. Manish also holds a Master's degree in Electrical Engineering from Virginia Tech and an MBA from the Kellogg School of Management at Northwestern University.