With the reintroduction of the venerable Masuyama branding of eyepieces, how does the new incarnation compare to their older brethren? With the assistance of eyepiece guru Bill Rose, I was provided an opportunity to see for myself with their 25mm-class eyepieces old and new. The original Masuyama eyepieces were produced in 13 focal lengths from 100mm to 5mm. Except for the longest focal lengths, they had apparent fields of view (AFOV) of 52° with the 25mm being produced in both 52° and 65° AFOV models. Over the years, they’ve gained a cult following with their distinctive body design and reputation for starkly contrasted views with inky-black backgrounds. Today, the rebirth of the Masuyamas by Ohi Optical Manufacturing Co. Ltd. of Kawasaki, Japan are with larger AFOVs of up to 85°, more appropriate to modern tastes. While the line may still be expanding, as of 2017 they have released five 2" formats in focal lengths of 60, 50, 45, 32, 26mm, one 1.25" in 16mm, and one 3" in 80mm.

Specifications of the new Masuyamas are below:

Both the original and newest generation of Masuyamas shows a nice fit, finish, and build that feels solid and of high quality. The distinctive stylized script of the Masuyama name is retained as is the thin red stripe on the housing. One of the distinctive features of the original Masuyama design was also the flared grip panel at the bottom of the housing - it gave the line a very distinctive appearance. Oddly, this feature is only present on some of the newer generation models (80mm, 60mm, 50mm, 45mm). On these models, this extended grip panel can be removed if desired.

Another feature of the original line was the eye guard being formed out of the eyepiece metal housing itself and incorporating an eye lens baffle as well. This top eye lens feature also unscrewed allowing better access to the eye lens for cleaning or disassembly as it revealed the top retaining ring. While odd by today’s standards, I found this design actually more effective than the typical rubber eye guard common today, providing more effective shielding from extraneous light than I am used to with the common foldable rubber eye guards. The new generation of Masuyamas incorporate a standard medium thickness rubber eye guard for protection from extraneous light as well as protection against scratching eye glasses. It is both foldable and removable. Overall, these newest Masuyamas show a build typical of higher quality eyepieces.

Examining the inside of the barrels revealed nicely appointed blackening of all visible surfaces. The blackening on the original versions however appeared both slightly flatter and slightly thicker or more uniform in its application. Also of note is the absence of the dreaded undercut on both the original and newest generation of Masuyamas – a modern element that is more of a nuisance than a feature. Note that regardless of the exact design of the undercut, they all have a propensity to snag when extracting from focusers and can even prevent square seating of the eyepiece to the focuser/diagonal if the compression ring is not engaged exactly within the undercut. Fig. 6: A comparative view of the 85° AFOV Masuyama to the 70° AFOV Pentax XW; both have similar true fields of view (TFOV).

For those observers who are concerned about weight or generally do not like overly large eyepieces, the new generation 26mm Masuyama is a godsend as it is quite diminutive for a 2" eyepiece with such a large AFOV. Next to the Pentax 30XW, which shows about 1/10° less true field of view (TFOV) than the 26mm 85° Masuyama, the Masuyama is significantly smaller and lighter. Celestial objects viewed included: the open cluster M7, the Lagoon Nebula M8, the Swan Nebula M17, the Triffid M20, the globular clusters M22 and M28, the Ring Nebula M57, the colorful double star Albiero, and the bright star Vega. For the testing my primary areas of focus were off-axis star point performance, and then how bright and richly the perceived contrast was of the various celestial objects viewed. Note that I said "bright" instead of transmission and "perceived contrast" instead of simply contrast. I choose those words since our perception of brightness can be due to multiple optical factors, not just transmission, and for contrast it is even more complicated as our perception system may register the view as higher contrast when in reality it is not. So the assessment was more of which performed visibly best at portraying the targets at hand richly and brightly and with the most details, which ultimately is more important than the individual factors like transmission, contrast, others that cannot really be singled out or quantified without test bench equipment.

My first concern when taking the eyepieces out for their initial assessments was off-axis performance. For this I used several bright stars, including Vega, since they would reveal issues more readily. I also included my Explore Scientific 24mm ES68° as a common reference eyepiece.

For this test the two f/8 Apos produced similar results as follows:

Performing the same off-axis tests in the f/4.7 Orion XT10i Dob with Tele Vue Type 1 Paracorr, the results were as follows:

As far as how much scatter was seen, I observed both Saturn and Vega to assess this. The scatter levels I felt were typical for a good quality modern eyepiece in both the ES 68° and Masuyama 85°, both showing equal brightness and extent to their scatter. The Masuyama 65° showed less scatter, and the Masuyama 52° the least of all of them.

I was surprised to see that the smallest AFOV eyepiece had noticeable edge of field brightening. It definitely was apparent for me when observing dimmer targets like the Double Cluster. The Masuyama 65° however was inky black and uniform across the entire FOV. EOFB was very slight in the ES 68° and Masuyama 85°, with the ES 68° showing the least of the two. It was very minor in these two eyepieces and I would not have noticed it if I was not testing for it.

Orange and red stars were observed in various clusters, and the gold and blue colors of Albiero were scrutinized for this test. I could see no discernable difference with any of the eyepieces so they all shows colors of stars with equal fidelity and saturation.

This test, more than any other, was the most critical in my opinion. It is about how brightly and richly detailed the celestial objects are shown in the FOV of each eyepiece. It is what observing is all about as it is more of a gestalt of how all the aspects of the eyepiece come together to show you a celestial object.

Overall, across all the target types, my favorites of the four eyepieces were the Masuyama 85° and Masuyama 65°. While the ES 68° was definitely the brightest of the four showing the various nebula and globular clusters observed as being both brighter and with greater extent, the two Masuyamas showed a level of perceived contrast, internal nebula details, and background FOV richness that made the celestial targets stand out more. As an example, in both the Swan Nebula and the Triffid Nebula, dark lanes within and around these nebulae were comparatively washed out in appearance in the ES 68°, but were richly and distinctly portrayed in the Masuyama 85° and Masuyama 65°. This made the observation of these objects much more visually impactful in these Masuyamas compared to the ES 68°. Turning to globular clusters, like M22 and M28, in the ES 68° their cores took on more of a milky appearance whereas in the Masuyama 85° and Masuyama 65° the cores were obviously granular with small glimmering diamond chip appearing stars readily visible across the disk. For open clusters, dimmest star points showed more distinctly with direct vision in all three Masuyamas. And between the 85° and 65° Masuyamas, both of which outperformed the Masuyama 52°, the 85° showed objects slightly superior in these aforementioned respects than the 65°, so the more modern incarnation of the Masuyama held the edge.

Finally, the Masuyama 52° took last place compared to the other eyepieces. All the extended objects like nebula and galaxies appeared quite a bit dimmer in this eyepiece compared to the others. It was quite surprising to me that for a same vintage eyepiece that the 52° performed so poorly in this respect to their 65° model. However, the rendering of clusters, both globular clusters and open clusters, the Masuyama 52° bested the ES 68°and my 25mm Sterling Plossl on these targets showing more granularity for globulars and showing the dimmest stars in open clusters more distinctly.

In the many years I have been conducting eyepiece evaluations it is not unusual for an eyepiece to be better than another on some celestial object types, and worse on other celestial object types. What the optical drivers may be that causes this is anyone’s guess, but perhaps it might be the reduced scatter level observable in the Masuyama 52°; even though it showed extended objects less well, for star points which will generate a greater scatter profile it may be the factor allowing it to perform better here. This is of course all conjecture, as the only way to get to the root of the matter would be to have quantitative data from an extensive bench test on all the optical parameters for each eyepiece. Not having that we are only left to our best guesses.

The modern incarnation of the Masuyama eyepieces seems to have carried forward their excellent reputation for providing high apparent contrast views. Indeed, for the globulars and nebula observed the Masuyama 85° quickly became my favorite during the testing, showing them brightly, richer in details than the other eyepieces, and with the largest contextual TFOV. While I would have liked its off-axis star point performance to be a little better like the longer focal length Masuyama 32mm 85° which I have previously used, the on-axis is where the action is in my opinion and carries the most importance for me. Given how distinctively better the Masuyama 85° and almost as good Masuyama 65° performed on-axis compared to the others, they were my preferred contenders as they provided the most aesthetically rich observation of the celestial objects. 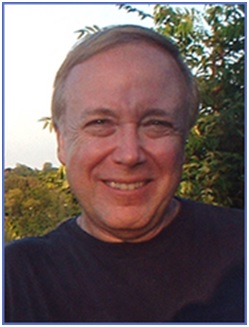 
William "Bill" Paolini has been actively involved in optics and amateur astronomy for 45 years, is author of the desk reference on astronomical eyepieces: Choosing and Using Astronomical Eyepieces which is part of the Patrick Moore Practical Astronomy Series published by Springer of New York, has published numerous product reviews on major online amateur astronomy boards, and volunteers with public tours at a famous vintage Clark refractor site.

Bill's professional background is as an officer in the U.S. Air Force and as a computer scientist, holding a Bachelor's degree in Computer Science and a Master of Science in Education. He has worked for the U.S. Department of Defense, the U.S. Department of Commerce, the Federal Trade Commission, the Federal Reserve, the World Bank, and a variety of commercial corporations in the information technology, information technology security, and telecommunications industries.

Bill has been observing as an amateur astronomer since the mid-1960's, grinding mirrors for homemade Newtonian telescopes during the 1970's and eventually owning, using, and testing several hundreds of eyepieces in a wide variety of telescopes from Achromatic and Apochromat refractors to Newtonian, Maksutov-Cassegrain, and Schmidt-Cassegrain designs. Today he enjoys observing and testing new equipment from his suburban home west of Washington, D.C., where his primary amateur astronomy pursuits are lunar, planetary, bright nebula, open cluster, and globular cluster observing.